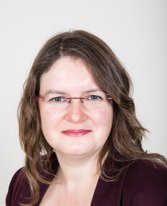 Jenni set up VIE in 2011, building on 4 years prior self-employed experience. VIE has worked for a wide range of clients in England, Wales, Scotland and Northern Ireland, including central and local government, improvement agencies, research institutes, charities, social enterprises and universities.

VIE works with a wide range of associates, including designers and organisational development experts.

Jenni has immersed herself in participatory processes, so that she can host and facilitate in areas where she does not have content knowledge.

However Jenni also has a wide range of content knowledge, which enables her to add value to participatory processes, where appropriate, and to design and deliver training, where desired.

Jenni has trained in participatory processes from the fields of action research, design, international development (positive deviance). She has trained in practices that integrate different fields e.g. The Art of Participatory Leadership (training on hosting and harvesting conversations that matter in 2013 and 2014) and U-Lab (MOOC in 2015). She is always keen to learn new participatory approaches.

From this vast pool of practice, Jenni is able to select and tailor relevant hosting and facilitation approaches to meet the specific situation.

Jenni has worked in many fields including asset based community development and strengths-based approaches; innovation and design; homelessness and supported accomodation; recovery and drug and alcohol misuse services; services for older people such as care at home and day care centres, "troubled families", teenage pregnancy, employment services, healthcare including primary care, secondary mental health care; cultural institutions including libraries and museums. Since many public services are overlapping or affect each other, this breadth of knowledge can be useful.

Jenni is one of the leading practitioners of Social Return on Investment (SROI) in the UK, and indeed the world. She was one of the first accredited practitioners. She was part of the team who developed the standardised methodology, originally published by the Cabinet office in 2009. She has served as a non-exec Director of the SROI Network (Now Social Value UK) since 2008 and acted as an assessor for assurance of SROI reports. She is co-chair of Social Value International's Methology Working Group. She has also undertaken many SROI reports, several of which have been assured, and been second trainer on SROI practitioner training delivered by Social Value UK.

Jenni has of commissioning system development with Local Authorates and other public bodies in England and Scotland. This most notably includes with Leicestershire County Council. Her publications include “Commissioning for Maximum Value”, Local Government Association (2012).

Jenni holds an MDes in Design for Services from the University of Dundee (2014) and an MSc in Responsibility and Business Practice from University of Bath (2007). Her first degree was an MEng in Manufacturing Sciences and Engineering (Strathclyde, 1996), and she managed an internal capital investment programme at a site in a FTSE 100 company in the late ‘90s.

We like to collaborate with people who like to collaborate! That means we'll shape projects with clients, we'll partner with other organisations, we'll develop new approaches to fit a particular situation and we're always on the look out for new practice . If you share our commitment to the principle of involving people in shaping and reporting on things that matter to them then we would like to work with you. 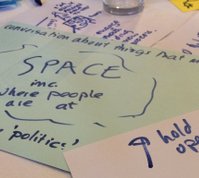